Football is a team game. Every player wants to get their hands on a Champions League or World Cup trophy.

But that’s not to say that there aren’t some individual awards up for grabs, and one of the most coveted individual prizes of all is the European Golden Shoe – a trophy presented to Europe’s master marksman who ends the season as the leading goal scorer across Europe.

Lionel Messi (of course) has held the trophy for the last three seasons, but after starting the season with injury, it has given the chance to several other players to stake their claim.

Let’s have a look at the players currently leading the rankings for the European Golden Shoe. 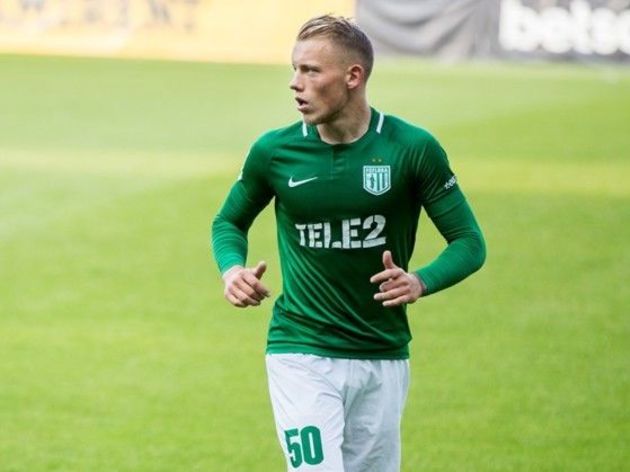 Chances are, you haven’t heard of this man. Chances are, he’s not going to win it. Despite sitting at the top of the current Golden Shoe standings, Sorga’s season comes to an end in four games.

Sorga plays in the Estonia, and with a league title heading his way, he will be delighted with his year’s work. Scoring anywhere around 30 goals in a league campaign is some feat, regardless of what caliber the competition is.

However, due to the low factoring the country holds, his 27 goals have only resulted in 27 points. This means as long as someone in the big leagues surpasses 13 goals – which should be relatively simple – he won’t be taking home the European Golden Shoe this year. The Bayern hit-man has started the season like a house on fire, and is the current favorite to go on and pick up the Golden Shoe award.

He may be 31, but the Pole is seemingly just getting better and better with age, and his performance in the Champions League against ​Spurs was nothing short of sensational.

If he continues this rich vein of form, Lewandowski could end the season as Europe’s finest goalscorer. Two more players who are having fantastic seasons, but have little chance of winning the Golden Shoe award due to their campaigns coming to an end soon.

A special shout out for Tankovic though. The Swede plays on the wing for Hammarby IF, so the fact that he finds himself towards the top of the standings illustrates just how incredible a season he’s had. Who, you may ask? Who…is the right question. They’re not winning it either with their seasons  ending soon.

Yes, don’t worry, we will get to the likes of Sergio Aguero in a bit. Last one, I promise. Among these seven names, we have two more genuine contenders to try and compete with Lewandowski. Erling Haaland and Shon Weissman both play in the Austrian Bundesliga, and have started the season as prolifically as the Bayern Munich man, with 11 goals in nine games.

Haaland has also been the talk of the town of late. The Leeds-born striker simply cannot stop scoring for Red Bull Salzburg, and has even taken the Champions League by storm. With four goals in two games in Europe’s elite competition, the 19-year-old is interesting a whole host of clubs, including Chelsea and ​Manchester United.

The pair will need to continue scoring at a phenomenal rate to cause a shock and win the Golden Shoe. Tammy Abraham has impressed since becoming a regular starter for ​Chelsea, and is currently at the top of the Premier League Golden Boot standings alongside Sergio Aguero.

However, despite his stunning form, chances are it will ease off a bit as the season goes on, especially playing in a young team still trying to find its feet in the top flight.

It’s a different story for ​Aguero though. The Manchester City striker – as long as he keeps fit – is bound to be right up there when the season ends, and has years of goals coring experience under his belt. In a team with so much attacking fire power, he could easily score 25+ goals, making him one of the favorites to grab the crown.

The Ones You Just Can’t Rule Out Despite not making the list, ​Pierre-Emerick Aubameyang is undoubtedly one of the men to watch. With six goals to his name already, the pacy striker will continue to find the back of the net on a regular basis, especially with Alexandre Lacazette set to return soon.

Harry Kane is also always someone to keep an eye on, but in a struggling Spurs side, he is finding it hard to get many chances to tuck away.

Barcelona’s Luis Suarez has also picked up after a slow start to the season, and with Messi back in the side, you can guarantee that he is going to start finding the back of the net more regularly.

Finally, ​Cristiano Ronaldo. It’s hard to rule the legendary forward out of any goal scoring race, but can he consistently find the net at the age of 34 from a wider position? Only time will tell.

Written By Tolga Akdeniz for 90mins.com