The deed is done! Sevilla has blown open the LaLiga title race by holding almighty Barcelona to a barren but entertaining draw at the Sanchez Pizjuan stadium in their match played a few hours ago.

Yes, just as was feared by many Barcelona fans and projected in our earlier post today (read it here), Sevilla proved to be that “banana peel” on which the Barcelona feet finally slipped in their quest to win this season’s LaLiga title.

Will it be the crucial match that decided the LaLiga title race for the season? The answer to that question will surely be answered on Sunday when second-placed Real Madrid take a trip to Real Sociedad for their own crunch game in what promises to be a do or die affair.

Barcelona had gone into today’s match on a two-point lead over title rivals Real Madrid with nine matches to go in the season and looked set to move five points clear again as they dominated the early exchanges of the encounter.

The home team had it real difficult to get out of their own half for a good chunk of the opening thirty minutes of the game and only came into the match properly after instructions from their coach Julen Lopetegui during the break.

However, in spite all their domination on the field of play, Barcelona’s best opportunities came through Lionel Messi’s free-kicks, one of which was headed over the bar by the back-tracking Jules Kounde.

The first half of the match ended in a fight as Sergio Busquets and Fernando got booked, with Lionel Messi escaping a yellow for pushing Diego Carlos. 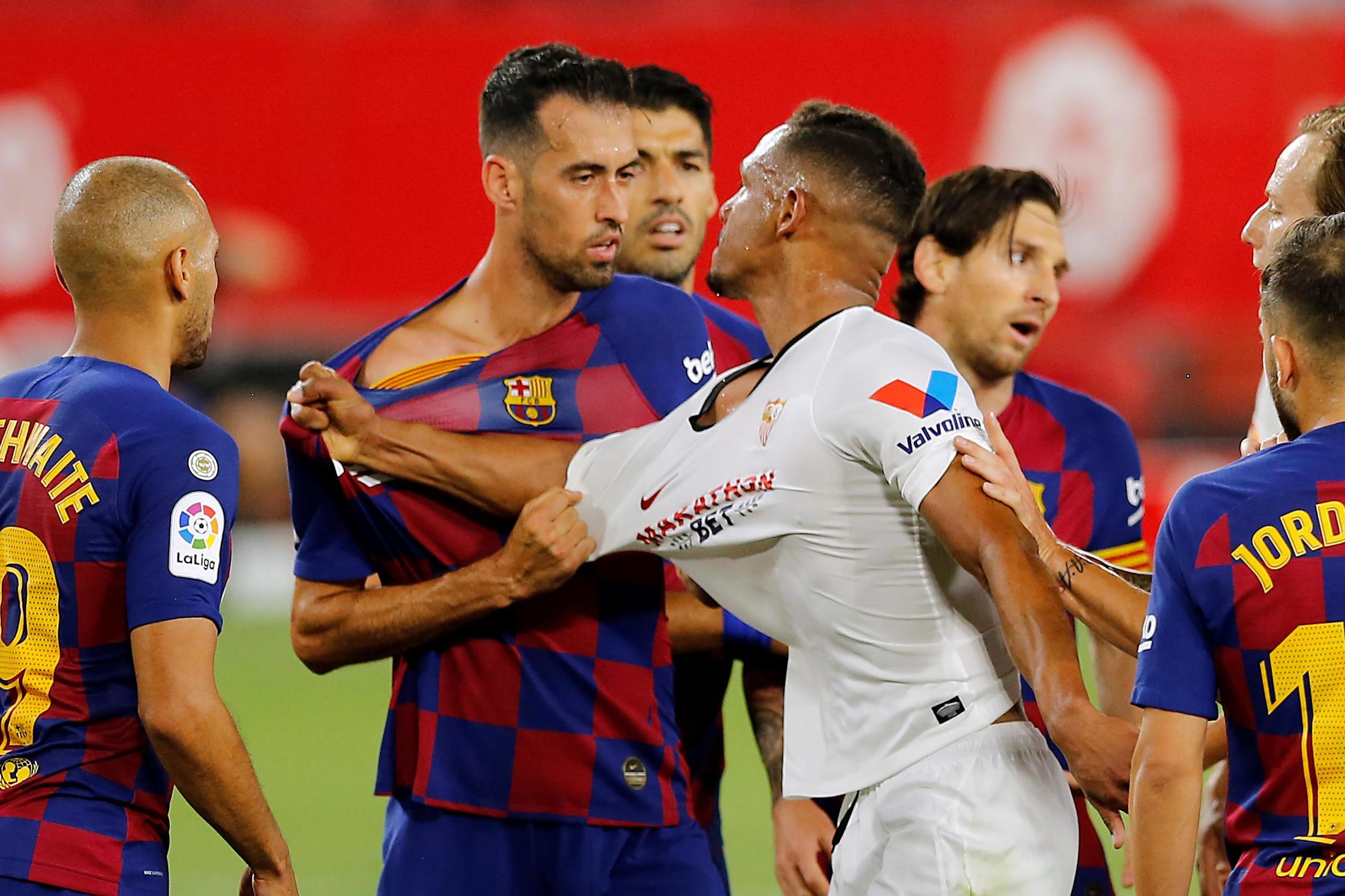 In the second half, Seville stepped up their game and substitute Ever Banega brought more quality into their play.

At a stage, Lucas Ocampos forced Marc-Andre ter Stegen into a fine save with a fierce drive from a tight angle while former Barca player, Munir El Haddadi stung the hands of the German goalkeeper with a powerful shot from the other side.

Martin Braithwaite, who was preferred to Antoine Griezmann by Setien, then went off after failing to make the desired impact and Griezmann eventually got his chance when he replaced Arturo Vidal for the final 13 minutes.

Meanwhile, recuperating Luis Suarez, who the Barca coach said on Thursday was not ready to play the 90 minutes, stayed on and even fired a left-footed drive just over in the closing stages.

The Barcelona coach, having earlier sent on Arthur, eventually brought on Riqui Puig for the final few minutes, but it was Sevilla that actually missed the best of all the goal-scoring opportunities as left-back Sergio Reguilon fumbled a shot from close range with his weaker right foot, allowing Ter Stegen to make the save. 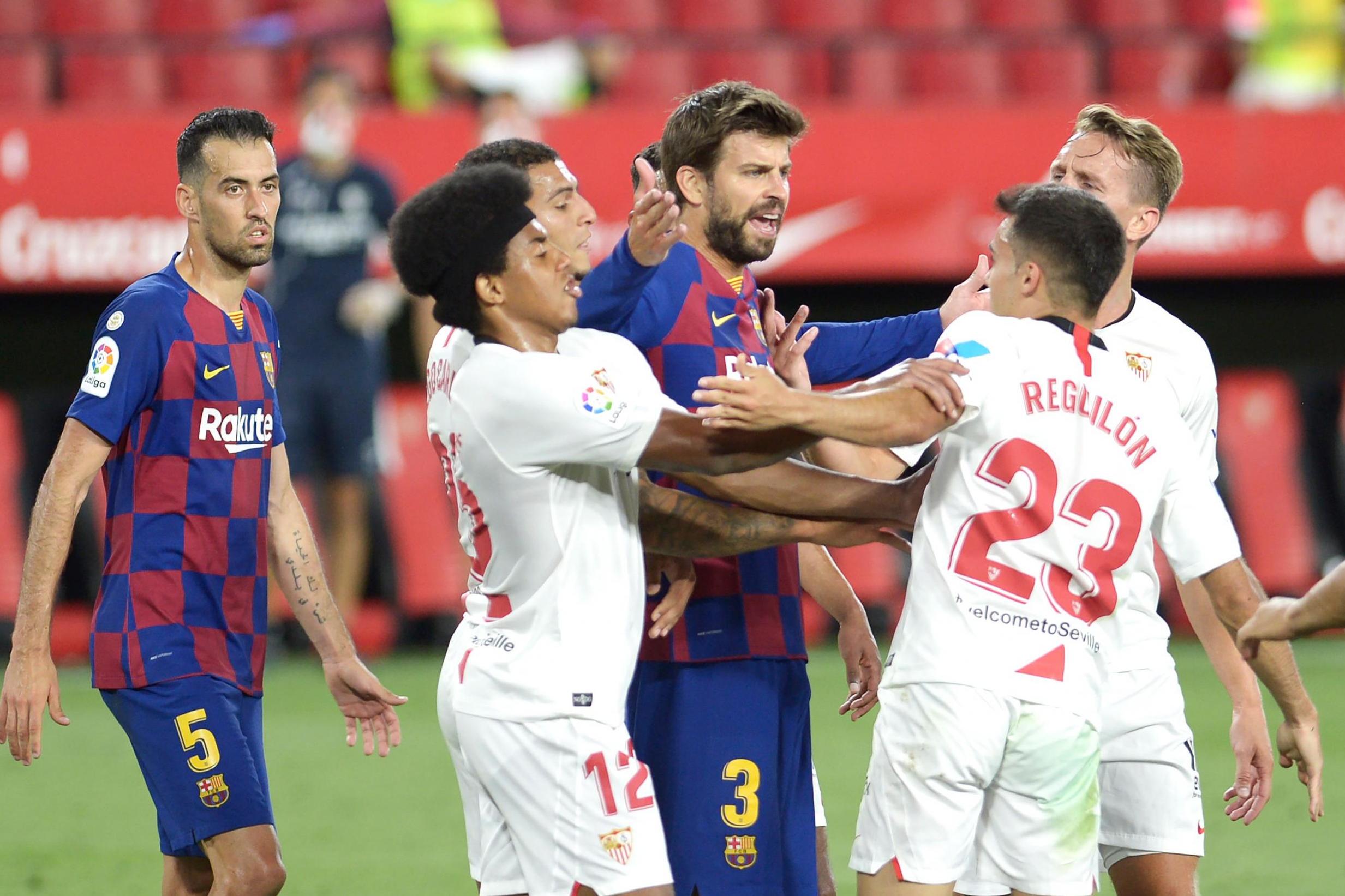 Barcelona threw everything into the game for a late winner and won a string of free-kicks and corners, but all to no avail as the game ended in a barren draw.

While Barca still remain at the top for now, they are now just three points ahead of second placed Real Madrid who will go top, courtesy of their superior head-to-head record in the two El-Clasico clashes this season, if they can beat Real Sociedad on Sunday.

In the meantime, Sevilla still occupy the third position on the table and are now three points ahead of Atletico Madrid who occupy the fourth place.