World number one women’s tennis champion Serena Williams reacts as she is attired in traditional regalia on February 23, 2010 in the village of Wee, Makueni district, some 300 kilometers southeast of Nairobi, as she inaugurates a school she funded. The school, built in collaboration with another charity ‘Build African Schools’ is her second action in the eastern Kenya region since 2008. (Tony Karumba / AFP / Getty Images) 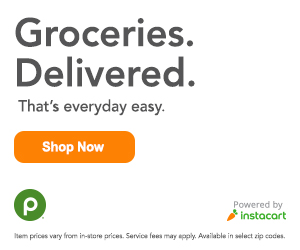 In a recently released video, Williams donned a pair of jeans, workboats, a hardhat and went to work on Salt Marsh Elementary School in Trelawny Parish, Jamaica.

Williams, who has won a total of 39 Tennis Grand Slams – including Doubles titles, has also built grade schools in Uganda, Kenya, and Zimbabwe.

Williams built the Marsh Elementary through a partnership with the nonprofit Helping Hands Jamaica, while the schools in Africa were in conjunction with Build Africa.

It’s part of the mission of Williams’ Serena Williams Fund and her other charitable efforts, which include the Serena Williams Venture, where the tennis champion seeks to boost the bottom line of individual companies.

“In 2014, I launched Serena Ventures with the mission of giving opportunities to founders across an array of industries. Serena Ventures invests in companies that embrace diverse leadership, individual empowerment, creativity, and opportunity,” Williams said in a statement posted on her organization’s website.

“Serena Ventures focuses on early-stage companies and allowing them to be heard. As we grow, we hope to mentor young founders and take burgeoning entrepreneurs to the next level,” she stated.

“Serena Ventures extends relationships, encourages collaboration among portfolio companies, and expands partnership opportunities across my vast network. Similar to many of the companies we have invested in, we are just getting started and are hoping to make a difference.”

Also, according to Charity Buzz, the Serena Williams Fund was established to promote equity; through education, gender, race, disability, or anything else that stands in the way of someone achieving their goals and living their best possible life.

“The mission of this charity is to help the individuals or communities affected by to violence, and [to ensure] equal access to education,” Williams stated.

Knowing the value of creating strong partnerships with organizations with expertise in their fields, Williams counts as a Unicef Goodwill Ambassador. She has partnered with organizations such as Beyond the Boroughs Scholarship Fund, The Equal Justice Initiative, The Caliber Foundation, and Build Africa Schools.

Jessica Curney of Borgen Magazine reported that before each of her matches, Williams reads and writes affirmations out loud from her diary about wanting to help people, kids, and work in Africa.

“Through the Serena Williams Fund, Williams dedicates her off-season time improving access to education by building schools in underprivileged areas of the world,” Gurney reported.

“She has done extraordinary tasks using her own resources and through partnerships with the Serena Williams Fund and other foundations dedicated to providing and improving education for those in difficult conditions or developing countries. Her active role has notably left a mark on those who have had their lives changed significantly through this act of kindness.” Source: