It was a night of history on Tuesday as Robert Lewandowski set a new Champions League record for the quickest ever four-goal haul in the competition, netting a second-half quadruple in just 14 minutes and 31 seconds.

In the match, Bayern Munich cruised to a 6-0 win against Red Star Belgrade – or Crvena zvezda if you’re feeling particularly cosmopolitan – with goals also coming from Leon Goretzka and Corentin Tolisso.

However, it was Lewandowski who stole the show in Serbia, and the Poland international’s four goals on Tuesday night set a new record for the quickest ever quadruple in the Champions League.

14 – Robert Lewandowski has scored in 14 minutes & 31 seconds the fastest ever quadruple in the history of the Champions League. Cyborg 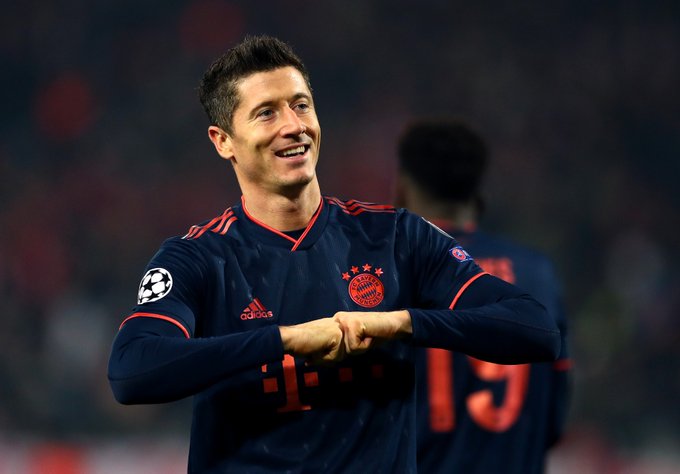 842 people are talking about this

That wasn’t the only major talking point that came from Lewandowski’s four goals either, as he’s now joined Lionel Messi as the only other player to score four goals in a Champions League game on more than one occasion.

The 31-year-old last found the back of the net four times in one of the competition’s all-time classic knockout stage games, where Lewandowski’s Borussia Dortmund picked up a 4-1 win over Real Madrid in 2013.

Lewandowski’s four goals didn’t have as much of an impact on his club this time around as Bayern were already guaranteed to qualify for the group stages, but it has ensured that Hansi Flick’s side will finish above Tottenham as group winners. Goretzka scored the only goal of the first-half against Red Star, while Lewandowski also saw a strike ruled out by the Video Assistant Referee.

After the break, Lewandowski finally got onto the scoresheet from the penalty spot, before getting two more goals with his right foot either side of a stunning header to score the quickest four-goal haul in Champions League history.

Tolisso rounded off the scoring in Serbia in added time.

4 – Robert Lewandowski is only the second player to have scored 4+ goals in a Champions League game on more than one occasion, along with Lionel Messi. Phenomenal. 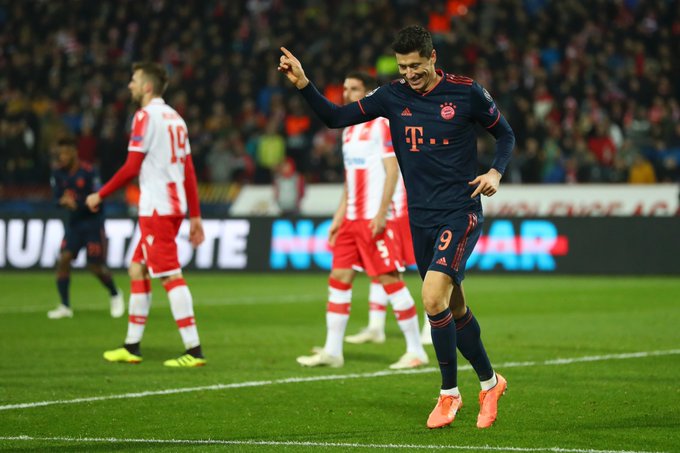 294 people are talking about this

For Lewandowski, he’s now scored 27 goals in just 20 appearances across all competitions for Bayern Munich this season.

The Poland international has only failed to score in three matches throughout 2019/20.