Barcelona have reportedly agreed a deal with Zenit St. Petersburg that will see Malcom move over to the Russian club.

According to RMC Sport’s Mohamed Bouhafsi (h/t Football Espana), Zenit will pay an initial €40 million for the Brazilian and potentially a further €5 million in add-ons, with the winger putting pen to paper on a five-year contract.

Malcom still has four years left on the deal he signed upon joining Barcelona from Bordeaux last year for €41 million.

Barcelona boss Ernesto Valverde appeared to have little faith in him, as he handed him just 24 appearances in all competitions, only 11 of which were starts.

He scored four goals in that time and provided two assists.

Among his efforts was this strike against Real Madrid to give Barca a 1-1 draw in the first leg of their Copa del Rey semi-final:

Malcom’s transfer from Barcelona to Zenit is nearing completion! 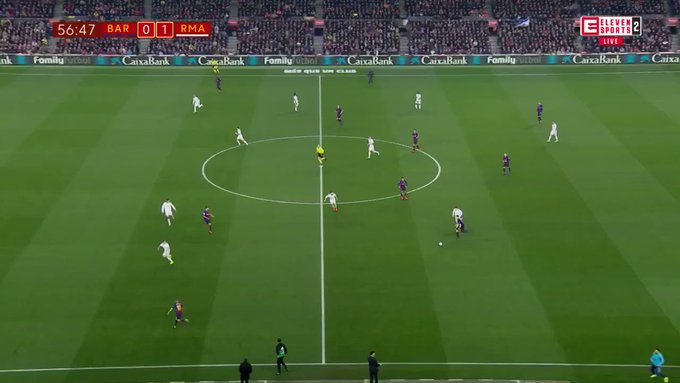 Grup 14’s Rafael Hernandez was impressed with him, despite his limited opportunities:

I wish Malcom all the best at Zenit. He has showed every time he’s been on pitch for Barcelona all the great qualities a footballer needs to have to succeed at the highest level.

While he may have failed to win over Valverde, the 22-year-old is an impressive prospect.

Malcom was signed by Barcelona on the back of a breakout campaign with Bordeaux in the 2017-18 season, in which he contributed 12 goals and eight assists in all competitions.

His efforts earned him a nomination for Ligue 1’s Young Player of the Year award, although he was beaten to the honour by Kylian Mbappe.

The winger has pace, technique and end product in the final third, so he should be an excellent asset to Zenit.

If the move to Russia can jump-start his career, he may get another shot at an elite club in the future.